Tesla are losing money at an incredible rate. According to The Verge, they lost around $785 million in the first quarter of 2018 and are down to cash reserves of only $2.7 billion, after starting the year with $3.4 billion. If they carry on at this burn rate they will run out of cash and have to file for protection by the close of 2018.

Apple, on the other hand, are making money like it’s going out of fashion. In the last quarter of 2017 they made a profit of $20.1 billion. This leaves them in a position where they have retained profits of $91.9 billion.

But when did Apple last create anything that was truly disruptive? The iPod, the iPhone? maybe the Apple TV?

All of their recent lunches have been derivations, not innovations.

Their launches over the last number of years have been dull to say the least. But there’s little doubt they design some of the most sought-after products in the world that carry an incredible premium price.

On the surface this is similar to the Tesla.

It was a disruptor in the passenger car market and their Semi is sure to disrupt the market for Heavy Goods Vehicles. If you’ve ever driven a Tesla, it’s hard to argue that they are anything other than quick, but their fit and finish is poor. It’s nowhere near as good as the products coming in from the German manufacturers Audi and Mercedes and a long way behind the British designed Jaguar iPace – All of which will match the Tesla for range in the next few years.

When these products hit the mainstream market, they will have a serious impact on Tesla sales. The competitors’ products just look and feel better. The one area Tesla continue to lead is in their battery technology – which for me as an iPhone owner, is another serious Apple weakness.

So Tesla need design input, they also need cash – desperately if they want to continue to compete. The interior of the Tesla is just plain bland and for me, cars like the Model X are different, but ugly and overcomplicated. The gull-wing doors are schoolboy stuff, designed by someone with a Countach poster on their wall as a kid. For me, they have no place in the real world.

Apple need to advance their battery technology and look for an outlet for their cash that is going to give their shareholders a long-term return. We know Apple are working on a car, it’s been leaked all over the place. When Apple do eventually launch, are they really going to be satisfied with the standard charging system available to everyone else?

The answer has to be no.

They even had to design their own charging plug and headphone socket for their phones!

The Tesla charging network is already worldwide and can deliver charge at exceptional rates. 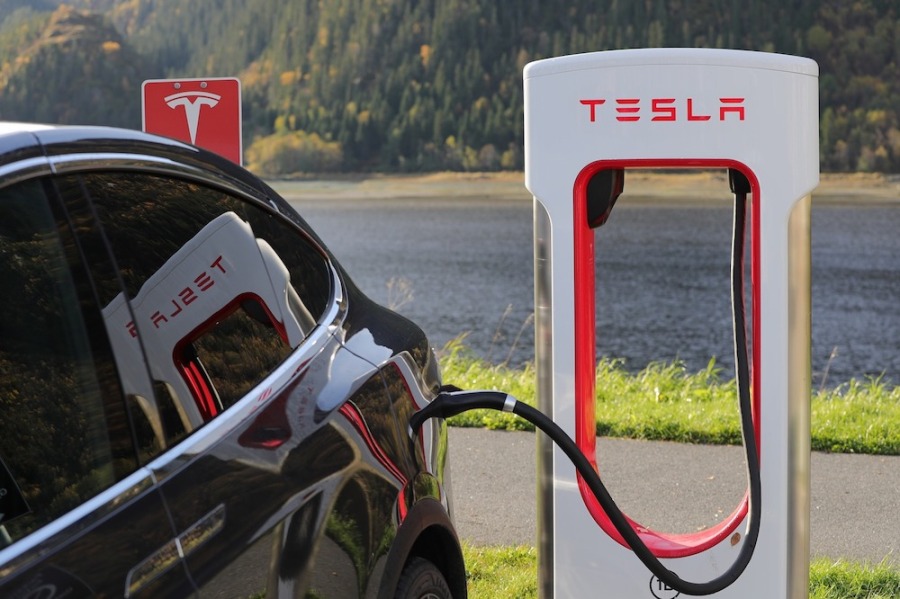 We know that Dyson, who have some of the most advanced motor technology, are working hard to produce a car too. Autocar have produced their own drawing of what this may look like here. It’s quite cool and they could again come in as another disruptor to the car market.

So for me, Apple and Tesla throwing their technology and design together will be the perfect match. Working together with Apple’s cash, will leave them both in a considerably stronger position than the sum of the parts.

I’m not sure which of the stocks to advise investing in, but maybe wait until Tesla tanks a little further and then swoop in, as if Apple come to town with the Tesla, it is going to be a world beater and every major car manufacturer needs to take note.

They are two brands that have made their name for innovation. Their brand values overlap in almost every way and there doesn’t seem to be anything that would stop them working together apart from some bloody-mindedness from Apple because the existing Tesla model range wasn’t their initial concept. To me though, it seems like their innovation and their organisational culture – such as single-minded strong leader, obsession with detail, being a massive disrupter in new markets – are completely complementary and both need each other to grow to the next level.

So, watch this space. It’s going to happen.